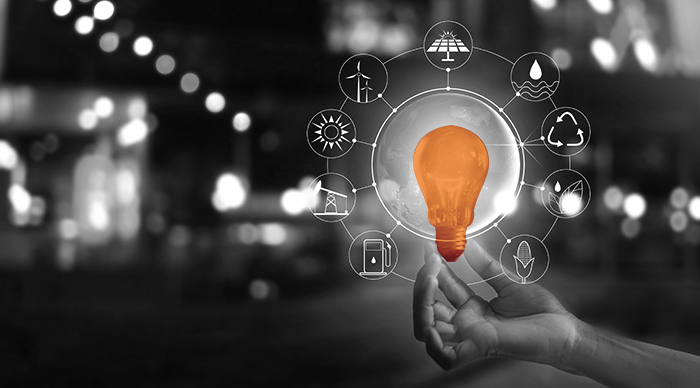 The entire universe is a combination of substances that can generally be classified into two; Energy and Matter. Energy is technically defined as the potential to do work, measured in KiloWatts per Hour or Joules. Okay, Physics class terminologies aside, the force that drives all activities, right from the workings of the human body to the mechanism of the most complex machines, is ENERGY.

There are various sources of power, of which the most common is the sun, without which the planet would not exist. Energy from the Sun is as a result of a nuclear fusion between hydrogen atoms to form helium gas. The radiation from the sun on earth is classified as Solar radiation and is the oldest form of energy available to humans.

The first tapped source of power was from the creation, use and control of fire as far back as 500,000BC China. This was man’s first foray into the concept of harnessing the energy, at about 200 BC to work for him.

It is safe to say we have come a long way from the first tentative fires, and there have been quite a number of developments along the way.

2000 BC China: The next step in applying energy resources was the use of coal for heating and cooking as far back as 6000BCE.

Sometime around 500 BC: A new level of energy resourcing was introduced; passive use of solar radiation in Greek homes.

By 200 BC, the Chinese had developed a system of using natural gas especially for mining salt from brine. This was closely followed by the first water wheel in London, used to harness energy from streams and rivers in 100 AD, the closest to today’s turbine system at that period.

Gradually, there was also a shift towards industrialization. The first-ever windmill designed for grinding grain was originally used in 10th Century Persia. The mill was later introduced to Europe but in a horizontal more simplified version.

With the use of windmills in Europe by 1100 AD, within a hundred years, they were consequently on their way to crudely mining coal for commercial purposes. In the 1500s, water wheels were being used in London, and within 100 years, coal had become the main energy source as the wood had been severely depleted.

The 1700s saw the invention of water pumps to remove water from coal mines and ease the industrial mining of coal which powered the iron industry and ushered in the Industrial Revolution.

Welcome to the mid-1700s when the United States began the first commercial production of coal. The invention of a more effective model steam engine between the late 1700s and 1800 pushed the revolution. This was a remarkable point in the exploitation of energy resources as it marked the full reliance on fossil fuels, limited at that point to coal.

Becquerel in 1839 discovered the possibility of conversion of sunlight to energy using PHOTOVOLTAIC Cells. This discovery, therefore, paved the way for the modern Solar Panels. Solar panels have become a major alternative energy source in an attempt to reduce the use of fossil fuels.

Meanwhile, in the USA 1820, the first natural gas well was drilled in New York.

1830: Faraday makes discoveries that consequently facilitate the development of an electric motor.

1850 was the year the first oil well was drilled in Pennsylvania.

It is safe to say this period effectively ushered in the fossil fuel boom. This likewise accelerated the levels of environmental pollution as to necessitate the need for more renewable energy sources.

Although hydro-electric, wind and solar energy sources have been in use for centuries, none of them is as widely sustainable and versatile as fossil fuels. As a result of this, there is a need to be able to find means of making these resources viable for the long run. Every day, more and more progress is being made in these fields.

PPC-Ng is one of the leading system’s operators which help in ensuring safe practises in fossil fuel infrastructure. We also provide Solar alternatives on a large scale, to communities trying to be more sustainable.

Some other energy sources include

These energy sources are also being exploited as reliable alternatives to fossil fuels. Fossil fuels have been the most reliable power generation source on earth. For at least the past century, these resources have been used to produce electricity, drive cars, and fuel industries. However, it is time we moved on. Let’s start working towards a more sustainable and eco-friendly source.